Planned and unexpected. The main bathroom upstairs needed redoing as the tiles were popping off the walls held together precariously by the grout.  This was meant to have been started last year but it's only now that we've delved into it.  In the meantime I got the kids to shower downstairs and wouldn't you believe it, the exact same thing happened to the shower area downstairs. So it had to be redone too...howbeit not a full demolition and refit, just a salvage affair by waterproofing and re tiling the shower area only. 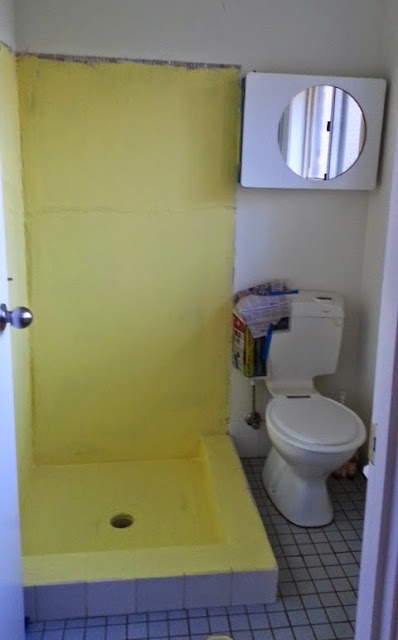